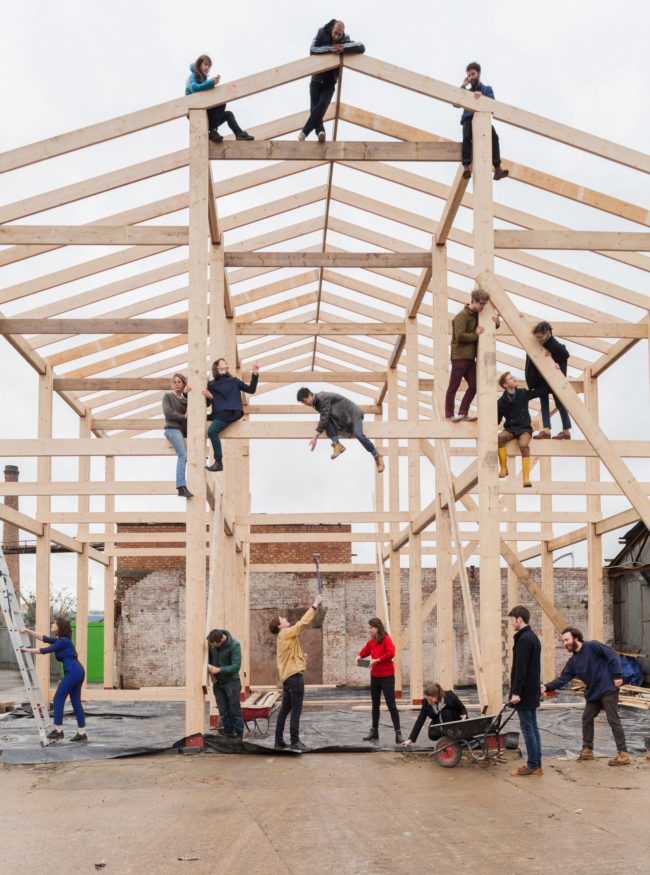 "Our practice has evolved out of a curiosity around what is possible through collaboration, through chance encounters and through material experimentation"

Assemble began in an inauspicious way, born from a number of snatched conversations conducted in informal settings: in the pub, at parties, on the way to work and in passing. Ideas picked up momentum, encouraged by a shared enthusiasm to build something collectively, which led to our first project The Cineroleum. We occupied a disused petrol station in central London, transforming the space into a cinema in combined celebration of cinematic and automobile golden ages; both central to our image of the modern metropolis yet now lost within the high-speed urbanism of the inner city. A temporary project, The Cineroleum was a provocation more than it was a proof of concept. Chanced upon on the street, the illuminated sign and reflective curtain were intended as a surprise to be encountered, disrupting the rhythm of the daily commute with the symbols of city life that echoed a time when buildings were constructed around a civic belief in their social necessity. 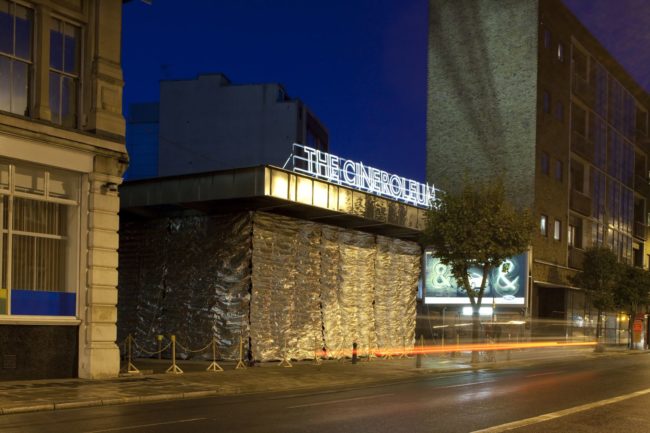 Our practice has evolved out of a curiosity around what is possible through such collaboration, through chance encounters and through material experimentation. Our play projects, for example, explore ways in which the built environment can be defined by and for children themselves by enabling the occupation of previously unused space, providing meals, clothes and tools to simply allow play to take place, rather than dictate its terms. Conversely we have sought to understand the historical evolution of play through research projects, rebuilding as gallery installations London’s playgrounds designed during the Brutalist period that offered a scale and materiality (concrete) not often found in the contemporary playground. As such our approach looks not only at what is existing, but what is embedded in memory, in image and in often overlooked fragments that constitute a rich history and offer the possibility to inform in many ways, a more radical future.

"As such our approach looks not only at what is existing, but what is embedded in memory" 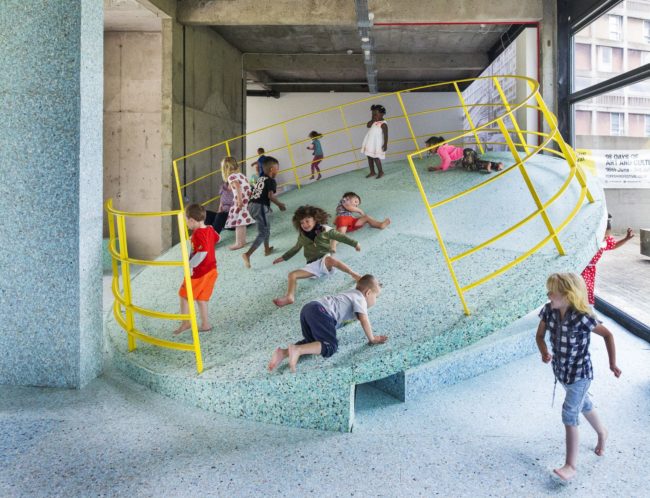 Within the traditional structures of the profession, which require the demonstration of monetary value, it is often difficult to make space for ways of working that celebrate shared values and invite mistake, meaning that the ability to collaborate often becomes a luxury. This is because working like this heavily relies on the knowledge brought to a project by others, who bear the cost of both physical and emotional labour in ways that cannot so easily, or obviously be remunerated by a client. The houses we have helped to renovate in Granby, Liverpool for example, do not fully express the decades of community action to save the area conducted by local residents, which gives it its unique character and spirit. In this way our practice is concerned as much by a way of working in the city and with people, as it is about a designed outcome, where context is everything and agency is key.